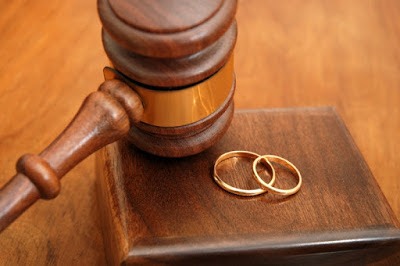 The Recognition of Customary Marriages Act 120 of 1998 was promulgated in South Africa in 2000. It was intended to recognize customary marriages as well as promote the equal status and capacity of spouses in customary marriages. This is an attempt to depart from the patriarchal system of customary marriage which has existed for decades.

The Recognition of Customary Marriages Act is a means to develop customary marriage so that it complies with the Bill of Rights. Customary law is an adaptable system and can vary from region to region, as well as from family to family. This makes it extraordinarily difficult to reconcile with modern Western civil law in which certainty is an important factor. Further, modern Western civil law places emphasis on the individual, whilst customary law favours the family or group.

What does the Customary Marriages Act do?

Once the marriage is valid and in existence, the marriage can only be dissolved by a court through a decree of divorce, as in the case of a civil marriage. The legal reforms introduced by the Act to ensure greater gender equality and access to material resources are applicable only if the parties dissolve their marriage in a court. But often women are not aware of their rights. Also, people often do not get divorced in a court but simply separate informally.

Section 7(6) of The Recognition of Customary Marriages Act requires a husband who wishes to enter into a further customary marriage, after the promulgation of the Recognition of Customary Marriages Act, to apply for the court’s approval of a written declaration stating the proprietary consequences of his future marriages. However, non-compliance does not render the marriage void. This therefore begs the question as to why a man should make any effort at all to go to the considerable expense and trouble of going to court to regulate his marriages. In reality, Section 7(6) is rarely complied with and therefore fails in its aim to protect the interests of women.

In the case of inheritance, it may be that a man can have a polygamous marriage with several wives who may be unaware of the existence of the other wives. Needless to say, this is a nightmare scenario in trying to unravel who the beneficiaries are. The Master of the High Court can call a family meeting to determine the scope of the customary marriages and the potential beneficiaries. But this is only effective if all the relevant parties come to the table and are honest. There is always the danger of a beneficiary being left out.

The Recognition of Customary Marriage Act is a welcome and vey necessary piece of legislation. However, it falls short of solving the difficulties inherent in polygamous customary marriages and leaves it up to the courts to untangle the complexities. It is clear that more debate, research, discussion, and training of professionals is needed, and future legislation will have to take the realities into consideration. It is also evident that the increasing independence of women through education, meaningful employment and, not least of all, the impact of the internet and electronic communication will most certainly influence the laws in the future.

« Registration and Dissolution of Customary Marriage
The Drawbacks of Intestate Succession »